Cost and schedule overruns are the norm in the construction business, but they shouldn’t be…

Stakeholders can be identified as the parties vested in the construction project outcome, but not necessarily involved in the day-to-day planning or execution; to name a few, stakeholders are lenders, clients, and investors (see Figure 1 below).

The majority of stakeholders in construction projects are often left in the dark when it comes to important project developments that may diverge from the original plan. In fact, many times there is little-to-no real-time overview of the project progress. Imagine a world where your life retirement savings are invested in a fund where only the 5-year performance is tracked; you simply leave your money with the fund manager and wait to see how much money you’ve gained or lost in between. That would be unacceptable! …and it should also be unacceptable as a stakeholder in a construction project.

Project changes are common in construction; it could be caused by anything from design modifications to unforeseen site conditions that alter the original plan. Nonetheless, project changes do not necessarily have to affect the planned budget and schedule. In fact, by cautiously monitoring the progress of each project milestone, stakeholders can take action before the project drifts too far away from the original plan and it’s too late to take any corrective actions. Also, it is not only the lack of continuous visibility that can result in an expensive pitfall but also insufficient communication between stakeholders and the project management team which may cause diverging expectations along the way.

However, there are ways to tackle down this matter. Clear and measurable targets that are continuously tracked are key when it comes to schedule and cost control because 80 percent of budget overrun doesn’t happen overnight, but escalates slowly and at different stages during the construction execution phase. Estabild, a recently founded company that is disrupting the industry with its centralized stakeholder engagement platform.

The digital platform empowers stakeholders to take ownership of their investments by enabling them to track the progress of their construction projects in real-time and actively engage with the project development team on a day-to-day basis. The cloud-based platform, accessed anywhere and anytime, provides a clear and structured path for construction developers to engage with their stakeholders. The transparency of the platform bridges the gap in expectations between stakeholders and the project team by allowing constant communication on project updates. In addition, the platform normalizes and standardizes the reporting of data to provide a consolidated dashboard view for stakeholders that manage multiple projects at the same.

Stakeholders that want to keep their projects on track and minimize the impact of unintended overruns must take ownership of their investments and start measuring progress against actual outcomes. A more transparent construction process will support all stakeholders, including the project team itself, by easing communication, increasing transparency and providing more visibility on project milestones. 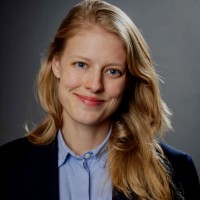